Three editors on rejection and persistence

The Burning Where Breath Used to Be

The Burning Where Breath Used To Be was a riveting read with its nuance of normality. Karetnick brings attention to the importance of the present moment while reflecting on the past and the universal worries of humanity. She catches your breath, and she won’t give it back.

In her 2020 collection, The Burning Where Breath Used to Be, Jen Karetnick escorts the reader through inner and outer worlds, personal and public. Writing with deep perception, irony, wit, compassion, and righteous fire, Karetnick spins a web of brilliant, multi-hued language that explodes like June’s blood-red roses or September’s gold and vermillion leaves. The reader marvels at her virtuosity as well as the diversity of topics, including Ashkenazi Judaism, teaching, and leadership, each poem well-layered, draped in Karetnick’s rich writing and living messages.

Jen Karetnick’s poems very much pull from the “tangled skeins” of this contemporary moment, taking as their focal points such subjects as: the sanctuary city of Miami, the will of the majority, the “emotional vandals” of social media, the safety drills of schools, the disregard of women, the destruction of keystone species, and numerous others that “mark the divisions” of our socio-political times. The urgent poems of the socio-political fraught Now contextualize poems that reconcile a middle child’s childhood Then. The poems also shuttle between celebrating the Jewish faith and reckoning with chronic illness. Yes, that’s a lot! And, what’s more, the poems range various forms: sonnet, villanelle, ekphrastic, ode, apostrophe, invocation, parable, prayer, recipe, found poem, prose poem, How-to poem, and collage. Wow! Karetnick skillfully manages the various formal constraints and subject threads, keeping both the poetic and the semantic alive and in balance. Somehow emoticons, “robocallers,” and hashtags reside in poems that enlist Judge Judy and Chrissie Hynde, and also those that converse with Shakespeare, William Carlos Williams, and James Wright without seeming pretentious or forced. It all works. Why? Because at the poems’ center is a woman who lays bare her life as a daughter, sister, wife, mother, teacher,—and a poet, who lets it rip: “we are all both accidents and deliberations, … we can choose to believe or disregard our epiphanies.” Karetnick’s are poems that knot and unknot, that arm and disarm, that lament divisions and “deliver an open-throated, unifying” labor of connection.

Karetnick is skilled at creating her own formal containers for poems. Her poems often provide readers with formal conceits that build the kind of reader-writer trust necessary to take on so many social issues in a single collection. I found myself willing to open every door Karetnick set up in front of me. Listing is also a signature move of this poet—she is obsessed with building her case through providing many examples so that we cannot help but sign onto the message of the poem. Using the litany, she is addressing power through language. She asks how we might use language to map power structures. She asks us to use language to find justice. 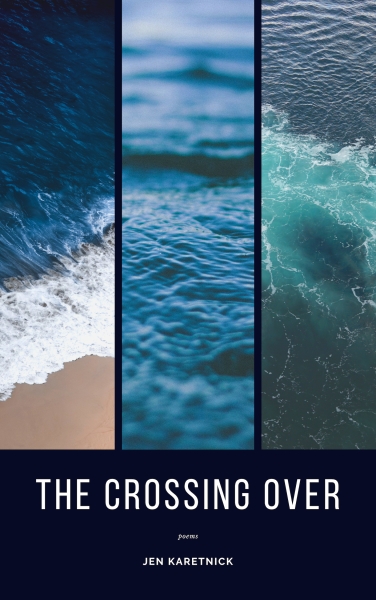 Jen Karetnick, in her chapbook of poems The Crossing Over, writes about what is arguably one of the most heart-wrenching events of present times, the migrant exodus across the Mediterranean Sea. Karetnick gives a boat a voice, and all of the poems are written as an experience that the boat has or has not.

The poems draw a sequence that starts with the birth of the vessel, and then carry on describing the responsibility it bears, the tribulations it faces, and the tragedy it experiences in the process. Karetnick weaves a poignant journal of the boat and to some, the life it restores.

Jen Karetnick’s The Crossing Over is an expedition, repurposing the conceit of a boat to explore the significance of a journey over its destination. The boat is animated, personified, and in some instances, the boat faces a transmutation in order to highlight the importance of what can be carried, and what does the carrying. The transportation of bodies, stories, and morals, is given privilege.

To read the 21 poems of Jen Karetnikck’s new collection The Crossing Over is to find all of these metaphors of the ocean and more. The ocean is something to get across, to explore, to taste and smell, to be threatened by, to live upon, to watch, to learn from, to be buried in. The ocean has its own history, psychology, theology, and language. It is a playground for three-year-olds and a cemetery for countless ships and airplanes. It offers its bounty but demands its sacrifices… The poems of The Crossing Over remind me that I am temporal and the ocean is eternal, and it possesses a wisdom I will never know. Karetnick has done something rather marvelous here.

Review by Glynn Young, Tweetspeak: the best in poetry and poetic things

The Treasures That Prevail 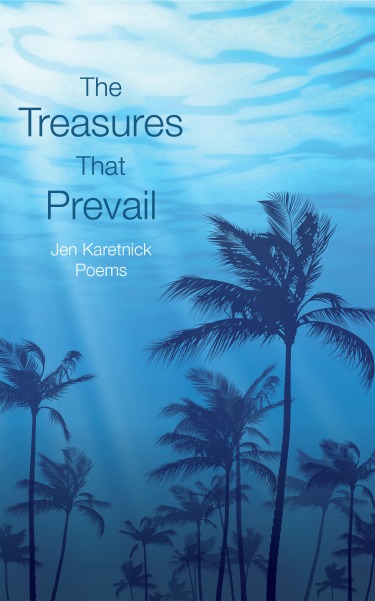 “With The Treasures That Prevail Jen Karetnick has penned a collection that is beautiful and terrifying, that is lyric and devastating, that rings of Cassandra in the ways its truths fall upon deaf, ignorant, or apathetic ears. The language within these pages is thick and malleable, painting with words a picture that you might cut back with a machete in a valiant effort to combat the vengeful wrath of a raped and battered Mother Earth. For even the best among us — in the age of capitalism and consumerism and selfish, self-destructive climate change — are but ‘birds nesting together who have closed // our throats to song.’”

Saturday Poetry Series Presents, As It Ought to Be 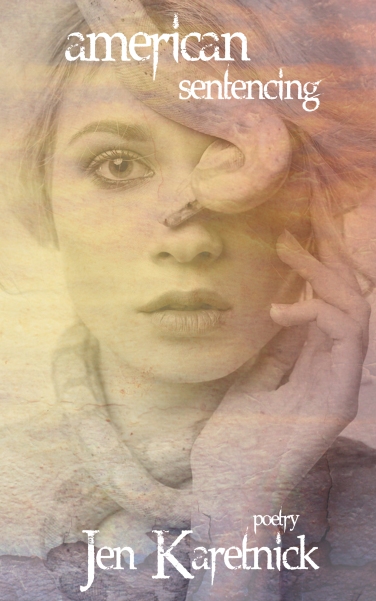 “…The poems in Jen Karetnick’s American Sentencing, use elements of formalism—such as the structure of the ghazal, the villanelle, or the pantoum—to reveal painful patterns of illness, to reenact the experience of the body at risk of failing. Through the rigidity and repetition subscribed by these forms, Karetnick finds a way to illuminate the limitations of the diseased body; she shows us the cell’s obsessions, their hidden language that imprisons us.

Through the hypnotizing music of her poems, the reader sees that one way out of the cage of disease is human connection. By giving language to the experience, the loneliness of the experience is diminished. Because invisible illness is a sickness of extreme isolation. Karetnick seeks to draw the reader into a community of understanding by naming the body’s elusiveness, its ability to act upon us without our participation…”

Interview with Darrell Laurent, Snowflakes in a Blizzard, August 7, 2018

“Jen Karetnick’s Brie Season reminds us that food is life and life is food. The pages of this collection is littered with odes to the art of cooking and eating. The poems remind us of the joy that is food. Karetnick reinforces this understanding by aligning food with mundane items. In this way, we become aware of the specialness inherent in what we eat… For an artful reminder, pick up and savor Karetnick’s work.”

Jen Karetnick’s Prayer of Confession pulls the reader into an intimate, enclosed space—often either a private, domestic space or a suspended moment—that is alternately comforting and suffocating, at times a place of productivity and rebirth and at times a stifling, labyrinthine funhouse that consumes and destroys. In these spaces, identity is either recovered or lost—fragments of the self add up to a whole that is seemingly cohesive and meaningful, or become increasingly disjointed… What Karentick captures in her poetry is the anxiety and uncertainty produced by the uncanny, by the subtle gap that emerges between the familiar and unfamiliar.

“Landscaping for Wildlife seeks to reconcile the forces of the natural world with human nature. It uses various poetic forms (including villanelle, pantoum, and sestina) to create observations that are rich and nearly ritualized in their music and lyricism. Jen Karetnick’s poems capture the domestic and untamable sensibility (or one could even say conceit) that resides inside us as we witness scenarios of encroachment—whether of the wild on the familiar, or vice versa… In visions mythic and modern, concise and elaborate, Karetnick’s poems become a collective cautionary tale. They capture beauty among caveats, dazzling the reader with scenes and images that too suddenly slip from our view.”